“Embassy of Russia” in the Ukrainian Parliament: How OPFL Lobbies the Fulfillment of Minsk Agreements 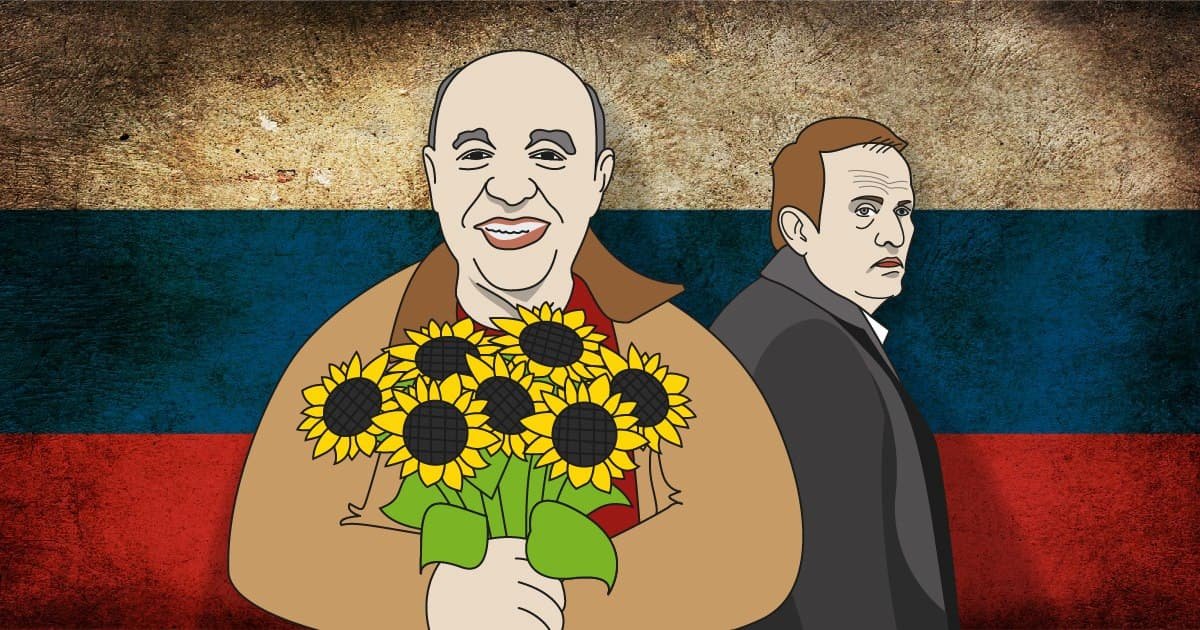 In the first plenary week of 2022, the representatives of the OPFL were the only ones in the Verkhovna Rada to speak about the “immediate implementation of the Minsk agreements.” MPs from Viktor Medvedchuk's faction mentioned the agreements 13 times in their presentations. Representatives of the OPFL used every opportunity to bring up the Minsk Agreements—in their introductory word, while discussing the Parliament agenda, amendments to provisions on notary actions, improvement of electronic document flow, etc.

They were referenced most by MPs Nestor Shufrych and Oleksandr Koltunovych. Moreover, during his speech in the Parliament, Shufrych denied that “DPR” and “LPR” are terrorist organizations, as the Parliament of Ukraine demanded back in 2015. Instead, Koltunovych demanded that the Verkhovna Rada vote in favor of the necessary bills on elections in the occupied territories, amnesty, economic blockade and resumption of economic relations, and start a dialogue with direct talks with the ORDLO.

The CHESNO movement analyzed the transcripts of the Verkhovna Rada sessions in the first plenary week of 2022, so that society understands who in the Parliament is trying to destroy the foundations of sovereignty and create the necessary information field for the aggressor state and how they are doing it.

In the new year 2022, the first plenary session in the hall of the Parliament was held only on January 25. Before that, since the beginning of the year, they had allegedly been working in committees, commissions and factions, as well as on the ground with the voters.

The first plenary week of the new year in parliament took place against the backdrop of Russian troops gathering on the Ukrainian border, talks about the risk of a new Russian invasion and full-scale war, and the departure of foreign embassies from Kyiv. In addition, after the New Year and Christmas holidays in the parliament, there was a surge in the incidence of covid. The majority faction confirmed that just among the “servants,” there were 17 confirmed cases of covid; furthermore, 45 employees of the Parliament staff have covid as well.

Each of the parliamentary factions and groups had its own agenda in their presentations during the plenary week in the Verkhovna Rada. Opposition groups criticized the government for lacking a clear and coherent position on the situation in the country. In turn, the majority reassured others: the situation is under control, do not panic and thus play into the hands of the aggressor.

MPs representing the OPFL party stood out among all the other factions and groups. In almost every presentation, they mentioned the Minsk Agreements, their immediate implementation and “relief of tensions on the contact line.” According to the representatives of Viktor Medvedchuk’s faction, “we have only two weeks to implement the political part of Minsk Agreements.”

As soon as on Tuesday, January 25, during the speeches of authorized representatives of factions and groups for proposals, announcements and statements, co-chair of the faction Yurii Boiko immediately told MPs that for the first time in 30 years, Ukraine is facing a threat, and the country allegedly has “insane authorities” which failed to bring peace. He announced that the OPFL faction registered a Parliament resolution on immediate implementation of Minsk Agreements and termination of warfare.

“This is a responsible political step that will allow reducing the tension within the country and beyond. If this Parliament is not capable of such political steps that the whole country is waiting for, then we just need to have a political and human conscience to dismiss this Parliament and give the people of Ukraine the opportunity to elect a new parliament, new MPs who will fulfill their promises to bring the country to peace and prove it to society in action,” said Boiko from the rostrum.

Earlier, CHESNO movement wrote that the OPFL supports the settlement of the conflict in Donbass through direct talks between the Ukrainian authorities and militants through Russia. On the first day of the new Parliament’s work, all 43 members of the faction registered a draft resolution “On urgent measures to stop hostilities and restore peace, implement the Minsk Agreements.” Later, the faction registered another similar draft resolution, but the Parliament is yet to consider them.

Read also: Boycotting opposition: how the OPFL votes and what it proposes

When MPs were discussing provisions on notary and registration acts, Nestor Shufrych, one of OPFL’s factions speakers and the head of the Committee on Freedom of Speech, suddenly claimed that the so-called “DPR” and “LPR” are not terrorist organizations, which is the designation the Parliament requested in its 2015 appeal.

“The answer is zero. As the famous movie goes, and then there was silence. So, if the whole world does not recognize the so-called ‘DPR’ and ‘LPR’ as terrorist organizations, if there is no Ukrainian decision that would have come into force, just a statement on appeal, and that’s it. Yes, there are some court decisions where certain acts are recognized as acts of terrorism. They took place in Kyiv, they were attempted assassinations, and by the way, it was an attack on Channel 112, recognized as an act of terrorism. But these are acts of terrorism, and their direct instigators and executors should be brought to justice. The so-called ‘DPR’ and ‘LPR’ are not terrorist organizations. Otherwise, the UN Security Council would have never approved the Minsk Agreements, actually signed with the representatives of the so-called ‘DPR,’ ‘LPR.’ Therefore, please let’s have a conversation for the sake of peace today, not complicate the situation,” said Shufrych.

In his next speech, Nestor Shufrych reminded MPs about Joe Biden’s 2015 speech in the Verkhovna Rada—at the time, Biden was the US Vice President.

“He appealed to the Ukrainian Parliament to vote for the laws provided for in the Minsk Agreements. And I want to say: thank you, Mr. President, for your position, which you declared in 2015 from here, from this place…” Shufrych switched to English to express his gratitude.

However, it should be noted that in his 2015 speech, Biden was actually talking about Russia’s failure to implement the Minsk Agreements, withdraw Russian military forces from the occupied territory, and ensure Ukraine’s full control over its border:

... Russian troops must leave. The Ukrainian side of the border must be returned to Ukrainian control.  Unless all -- if they do all of that, and only if they do, Ukraine also has a responsibility it still has to fulfill - including amnesty for those who have not committed capital offenses; granting devolved administration to the Donbas,” said Vice President of the United States Joe Biden in the Ukrainian Parliament back in 2015.

Representatives of the OPFL continued to speak about the implementation of the Minsk Agreements at a session on Wednesday, January 26. Nestor Shufrych again spoke about the risk of war and attack, tried to joke and asked the leadership of the Verkhovna Rada to provide interpreters from Russian, English, and Hungarian during his speeches.

"Some say that the German Embassy is already beginning to evacuate members of the diplomats' families. The Ministry of Foreign Affairs of Ukraine pretends everything is fine. Therefore, I ask you, dear colleagues, to be responsible. Society is waiting for an answer from us about the tension that the whole world is talking about and Ukraine is talking about… Today, only the Minsk Agreements will guarantee peace in our country.”

At the plenary session on Thursday, January 27, Oleksandr Koltunovych took over. He insisted that the Verkhovna Rada should consider the necessary bills for the implementation of the Minsk Agreements within two weeks and start direct negotiations with the ORDLO.

“The Verkhovna Rada must vote on at least four items from the set of measures to implement the Minsk Agreements. This is paragraph 4 on elections, paragraph 5 on amnesty, paragraph 8 on economic blockade and the resumption of economic relations. It should also start a direct dialogue with the ORDLO on paragraph 11, which is about a special status of Donbas,” thus, MP Oleksandr Koltunovych once again repeated Russia’s demands in the Ukrainian Parliament.

It should be noted that at the previous meetings, the representatives of the OPFL were not quite as active. For example, during the last plenary week of 2021, December 14–17, MPs representing the OPFL made only 12 contributions, where Shufrych and Koltunovych mentioned the implementation of the Minsk Agreements only six times.

During the plenary week of December 1–3, 2021, the Minsk Agreements were mentioned by other MPs apart from Koltunovych, Shufrych, and Korolevska. On December 2, the Verkhovna Rada considered extending the validity of the law "On the special order of local self-government in certain districts of Donetsk and Luhansk regions" for one year, until December 31, 2022.

Representatives of the OPFL also insisted on the following points: amnesty, exchange of detainees, lifting of the economic blockade, elections under Ukrainian law, amendments to the Constitution, social protection of citizens living in uncontrolled territory.

“This is about the resumption of the payment of pensions and social benefits. This is first of all about giving a signal to people that we care about them and protect every Ukrainian in our country, wherever they may be. That is why we urge the Ukrainian Parliament now more than ever to unite all our capacity and effort to implement the Minsk Agreements fully and comprehensively, to demonstrate to the entire world that Ukraine is taking the peace route today, and this is the only peaceful way for our country,” said representative of the OPFL Natalia Korolevska on December 2.

Serhii Vlasenko from Batkivshchyna reminded that it has been seven years since the Minsk Agreements, but as of today, not even the first point, a full and comprehensive ceasefire, has not been implemented.

“The idea that there is no alternative to the Minsk Agreements for seven years has been proving its inability to bring peace to these territories. We need to look for other ways, and we definitely shouldn’t start talking about amnesty, about creating a special militia in these territories, and so on,” he emphasized.

Eventually, MPs supported this draft law with 313 votes in favor.

Currently, after the “covid holiday,” the media report that MPs have received requests to urgently come back to Kyiv and make sure to participate in Parliament meetings this week. 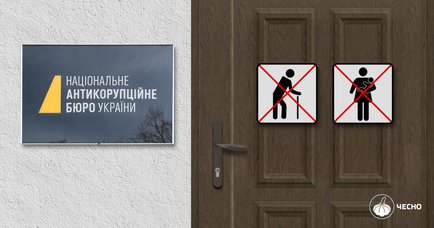 MPs did come to their senses eventually following the G7 statement and did not consider the notorious draft law  by Andrii Klochko (“Servant of th...
None None